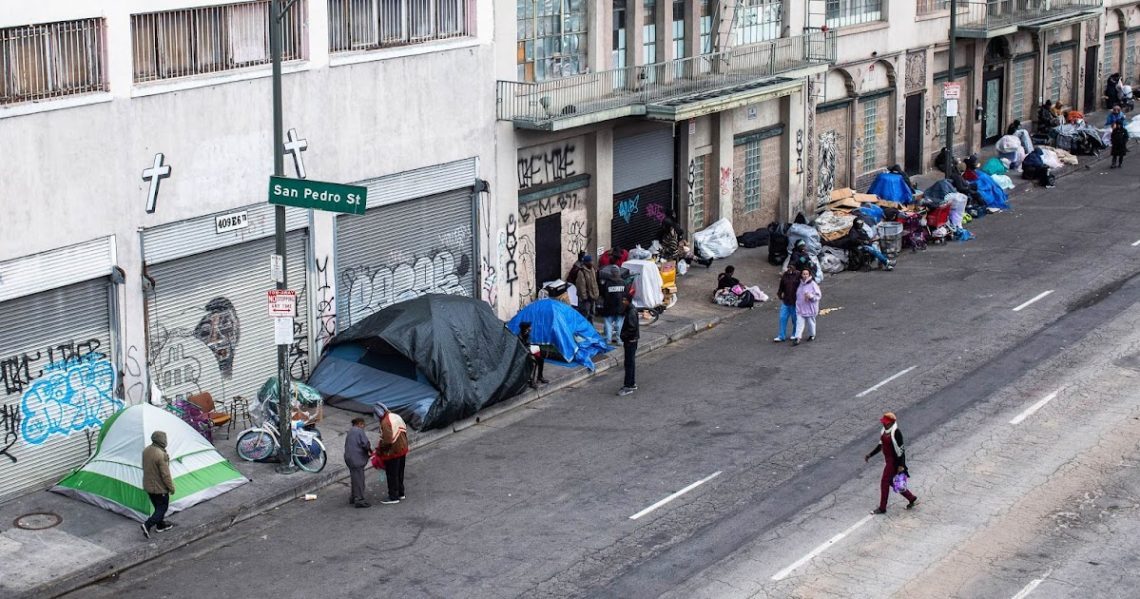 A rise in the number of homeless people has been reported from several countries. This is either being neglected, or at best is seen in terms of stepping up relief. However relief alone will not take us very far if the deeper, wider injustices of urban and housing policies is not corrected.

In the USA there have been warnings against an increase in evictions following the ending of pandemic-time moratoriums on evictions. Several cases of high-handed evictions have been reported recently, while others have been resisted. German Lopez wrote recently ( July 15, 2022)  in the New York Times—“America’s homelessness problem has the making of an acute crisis. Shelters across the US are reporting a surge in people looking for help, with wait lists doubling and tripling in recent months. The number of homeless people outside shelters is also probably rising, experts say. Some of them are staying in encampments, which have popped up in parks and other places in major cities from Washington DC to Seattle since the pandemic began…The crisis means more people do not know where they will sleep tonight.”

This means more people getting exposed not just to adverse weather but in addition also to violence and crime, higher risk of losing a job and decreased chance of finding  a new one without access to an address and internet. At the same time, “rent has increased at its fastest rate since 1986”, an important reason why lower income people cannot afford housing.

According to a recent report titled ‘The Vacancy Report—How Los Angeles Leaves Homes Empty and People Unhoused’ (prepared by Strategic Action for A Just Economy, Alliance of Californians for Community Empowerment and UCLA School of Law  Community Economic Development Clinic). The foreword of this report says, “Our housing system fails to house tens of thousands of the city’s residents and leaves hundreds of thousands more struggling under astronomical rents. But for some, the housing market is working exactly as they would prefer, delivering unprecedented profits to a privileged class of investors who have bent the housing market to their interests. Rampant speculation has resulted in a housing system that works in the interests of a few, to the detriment of the many, along lines of race and class.”

More specifically this report informs us that with more than 36,000 unhoused residents, Los Angeles simultaneously has over 93,000 units sitting vacant, nearly half of which are withheld from the housing market. Thousands of housing units across the city are empty, owned as second houses or pure investments. In addition 22 square miles of vacant lots are owned and kept vacant by corporate entities.

This report concludes, “Los Angeles is increasingly a city which is owned not by people, but by corporate entities of all kinds. Nearly 67% of all residential units in the city are directly owned by investment entities. The same is true for over 22 square miles of vacant lots…”

This is certainly not the isolated case of one city, but holds true for many cities whose number is increasing. Even in the global south, where there is even more pressing need for protecting the concerns of economically weaker sections in the context of urban housing, there has been a frequent trend towards privatization and corporatization of the housing sector and the private builders in turn show scant regard for the housing needs of those who most desperately need housing, preferring to construct high profit margin houses for the rich, often as their second or third houses or as investment options.

Left to their own devices, many poor households work hard, mobilize all savings and pay bribes to create slum settlements which are then demolished on grounds of illegality by various urban authorities. Elite, upper class persons and groups often oppose the construction of low cost housing in their area on grounds of increasing congestion and possible lowering of their property values as their elite enclaves and gated communities lose their exclusiveness.  If this is not an undeclared agenda for increasing homelessness of low-income groups, what is?

Hence the forces leading to increased homelessness are systemic, linked closely to the inequities, injustice and segregation of urban and housing policies. This must be remembered and kept in view while evolving policies and people’s response to the threat of increasing homelessness and evictions.

First published in Countercurrents.
Bharat Dogra is Honorary Convener, Campaign to Save Earth Now. His recent books include A Day in 2071, Man over Machine and Planet in Peril.

Fieldwork on Religion in Turkey: An Indian Anthropologist Reflects on ‘Lived islam’

“The Hijab Ban Affected Our Education”