EWS Reservation is a Kind of Counter-Revolution 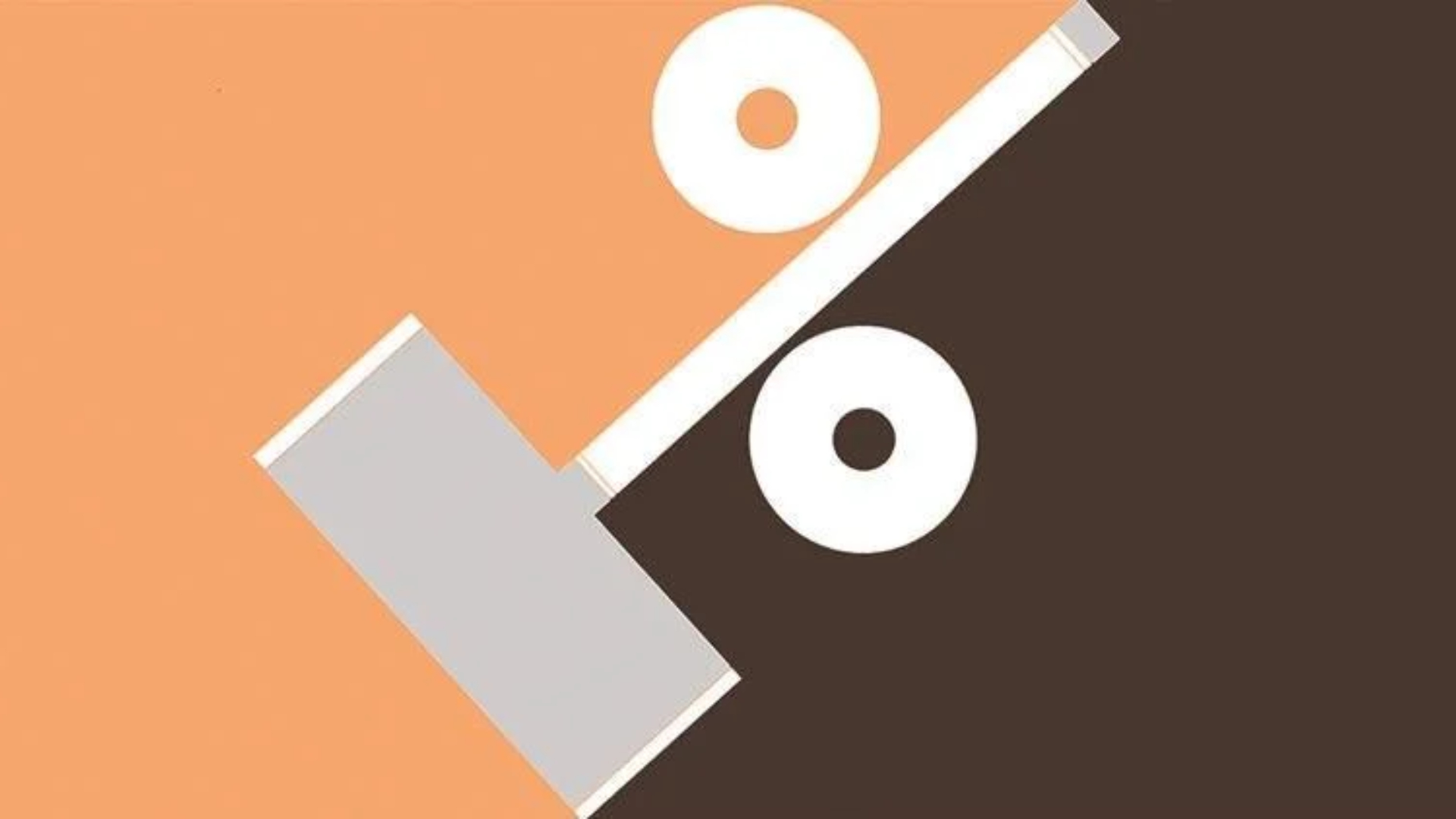 The Supreme Court will belatedly begin hearing next week petitions challenging the Modi government’s decision to grant 10% reservation to Economically Weaker Sections, or EWS, in January 2019. It is belated because the Supreme Court did not stay the 10% EWS quota then and has taken more than three years to decide on its constitutional validity.

By contrast, the Supreme Court had put on hold the 1990 decision of the VP Singh government to grant 27% reservation to Socially and Educationally Backward Classes, popularly known as the Other Backward Castes or OBCs. The Supreme Court’s contradictory approach prompted K Chandru, a former judge of the Madras High Court, to note, “Certainly, the Supreme Court’s refusal to stay the EWS reservation gave an advantage to Prime Minister Narendra Modi in the 2019 [Lok Sabha] election.”

The 10% EWS reservation includes in its ambit just the socially advanced groups, primarily the upper castes and a sprinkling of middle castes, such as the Marathas, Patels, Jats, and Kapus. The EWS quota, thus, not only gave an advantage to Modi but also to the upper castes, which have long railed against reservation undermining meritocracy. They will now be force-fed into the administrative system. Their fears of lower caste assertions have been partially allayed.

From Rao to Modi

It had long been argued that denying reservation to the poor among the upper castes was unfair. This argument underlaid the PV Narasimha Rao government’s decision to reserve 10% of government jobs for “other economically backward sections of the people who are not covered by any of the existing schemes of reservations”. The Supreme Court, in 1992, struck down Rao’s decision in the Indra Sawhney case, which, however, upheld the 27% OBC reservation. The apex court said reservation could not be granted solely on economic criteria and that social backwardness spawns educational and economic backwardness.

In other words, reservation is justified only for those social groups, or castes, which are socially and educationally backward.

To overcome the grounds on which the Supreme Court had rejected the EWS reservation, the Modi government amended the Constitution through the 103rd Constitutional Amendment Act, 2019, which inserted new clauses in Article 15 and Article 16. These empower the State to make special provisions for the “advancement of any economically weaker sections of citizens” other than the Scheduled Castes (SCs), Scheduled Tribes (SCs), and OBCs. A constitutional basis was provided for the EWS reservation.

The Supreme Court, beginning September 13, will hear arguments on whether the 103rd amendment violates the basic structure of the Constitution. In the Constituent Assembly, which framed the Constitution, there were debates about whether economic criteria ought to be the sole basis for reservation or whether the cumulative social, educational and economic disadvantages arising from the structure of Indian society should be taken into account.

Summing up these debates, lawyer and scholar Malavika Prasad concluded, “In contrast to the social disadvantage experienced collectively by groups of people, a disadvantage that varies from one individual to another, manifesting as solely economic disadvantage, was not to be constitutionally remedied by special provisions or reservations.”

Just why caste, not class, ought to be the basis for determining who gets reservation is evident from this exchange between two members of the Constituent Assembly. S Nagappa said he was willing to support the abolition of reservation in case “every Harijan [referred to as Dalit today] family gets 10 acres, 20 acres of dry land”, and their children were provided free education till the university. Mohan Lal Gautam countered that he would be willing to swap places with a Harijan granted such largesse. This had Nagappa shoot back that a “Hindu” could not just become a Harijan unless he is prepared to “scavenge and sweep for others”.

The Nagappa-Gautam duel shows that a large segment of Indians was trapped in demeaning and menial occupations for centuries. Their choice of occupation was not their own. It was determined by caste rules, which disabled them from accessing modern education and breaking the caste-occupation linkage.

To put it simply, this historical disadvantage explains the poor representation of the STs and SCs in the professional class and government jobs. Indeed, low social status often produces economic backwardness. Reservation seeks to delink caste from its traditional occupation and socially diversify the middle class, which, even after decades of reservation, is dominated by the upper castes.

Rajya Sabha Member of Parliament Manoj Jha, who spoke against the 103rd amendment in 2019, aptly explained the economic dimension in an interview, “I am Manoj Jha, and I could be poor. But my poverty does not arise from being born in a particular caste.” On the other hand, Jha said there are those whose “poverty is defined, described, prescribed and perpetuated because of being born in a particular caste. Who dies in sewers? Dalits.” Reservation cannot be a solution to poverty. “The solution to it can be scholarships and other such mechanisms,” Jha said.

The Supreme Court will answer whether the Modi government’s decision to provide reservations solely on the economic basis violates the basic structure of the Constitution, as people like Jha say it does.

It has been the norm to conduct socio-economic surveys before determining whether reservations should be extended to a category of social groups or castes. For instance, the Mandal Commission conducted surveys before recommending a 27% reservation for the OBCs. In 2019, however, Modi extended the reservation without determining who among the upper castes belonged to the economically weaker section, their population, and whether they were inadequately represented in government jobs.

In 2006, the United Progressive Alliance government constituted, under Maj. Gen. (retd) SR Sinho, a committee for the Economically Backward Classes (EBCs) not in the SC, ST and OBC reservation pool. The EBCs are today’s EWS. It is estimated that the EBCs comprised just 5% of India’s population. Thus, at one stroke of the pen, 10% of reservation was granted to just 5% of the population.

From this perspective, the EWS reservation force feeds the prosperous among the upper castes into the administrative system, largely at the expense of SCs, STs and OBCs. This is because of the recruitment rule, which says an SC, ST or OBC who meets the qualifying marks for the general category will be assigned a post tagged as general, and not the one reserved.

The EWS reservation had many OBC leaders simmering—and justifiably so. The Mandal Commission had counted the OBCs as comprising 52% of the country’s population, but it recommended just 27% reservation for them. BP Mandal, who headed the commission, said he did not wish to violate several Supreme Court judgements capping reservation at 50% of all vacancies in government jobs. “In view of this, the proposed reservation for OBCs would have to be pegged at a figure which, when added to 22.5% for SCs and STs, remains below 50%,” Mandal said.

OBC leaders claim the quantum of reservation for them should have been first increased before the State removed the 50% cap to provide a quota to the upper castes. They say Modi has taken advantage of Mandal’s impeccable conduct to adhere to the Supreme Court rule of 50%—and favoured the upper castes.

A school of thought says the OBC population exceeds Mandal’s estimate of 52%, derived from the last caste census in 1931. This is precisely why they have been asking for a caste-based census, which the government, in an affidavit to the Supreme Court, said cannot be carried out, citing various reasons. In 2011, a socio-economic and caste census was carried out. Its data, however, remain under wraps.

Rajya Sabha MP Jha, in 2019, felt the “Other Backward Classes in the [2011] data constitute nearly 68% of the country’s population.” He went on to say, “That is why I say that 10% of reservation is nothing less than a midnight robbery.”

Call the EWS reservation a midnight robbery. Or yet another piece of evidence for what academic-activist Jean Dreze described as the revolt of the upper castes. Over the next few weeks, we will know whether the counter-revolution, progressing bit by bit over the last nine years, can be slowed or halted.

Fieldwork on Religion in Turkey: An Indian Anthropologist Reflects on ‘Lived islam’