No Result
View All Result
in Campaign

We are firmly opposed to the application of draconian laws like UAPA: Statement by friends and family of BK-16

As family members and friends of BK-16, the social activists imprisoned under the draconian UAPA in the false Bhima Koregaon conspiracy case, we are very much heartened by the proposed action today to form human chain in Tamil Nadu asking for their release. We firmly believe that their arrests are politically motivated and carried out solely in order to silence their voices, and punish them for opposing this government’s anti-people and repressive policies.

We are firmly opposed to the application of draconian laws like UAPA, since historically such laws have never countered any terrorist activity, but have been used by successive governments to stymie inconvenient protestors and criminalize the weaker sections of society. We note with dismay that many state governments have formulated their own laws which also carry draconian sections of restricting bail and extending pre-trial detentions and criminalizing ordinary activities on the basis of tenuous evidence. We stand with national civil liberties groups in opposing these laws as contrary to the provisions of our Constitution.

We are aware that the 16 accused in the Bhima-Koregaon case are but a few of the people wrongly incriminated under racist, casteist, communal and unfair criminal justice system of this country. In each state, there are scores of people in prison because of false charges and fake investigations, merely because these people have stood up against the injustices of the state and followed their own conscience. We call for their release also.
While we are unable to join you in person, we are completely with you in spirit and stand shoulder to shoulder with all of you resisting the injustices today!

Some of the posters by the Tamil Nadu Untouchability Eradication Forum for call for protest demanding the release of 16 accused in Bhima Koregaon case and other political prisoners. 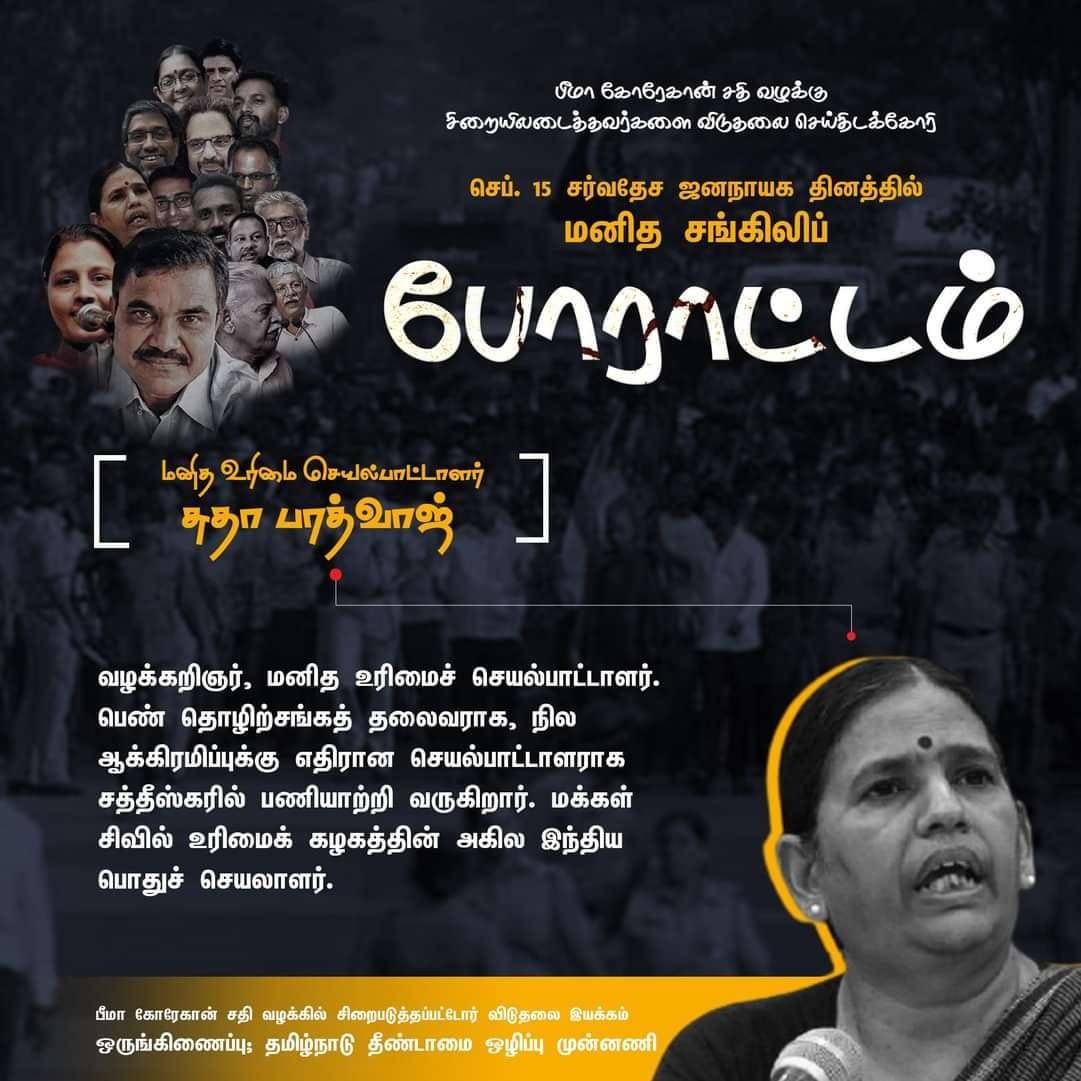 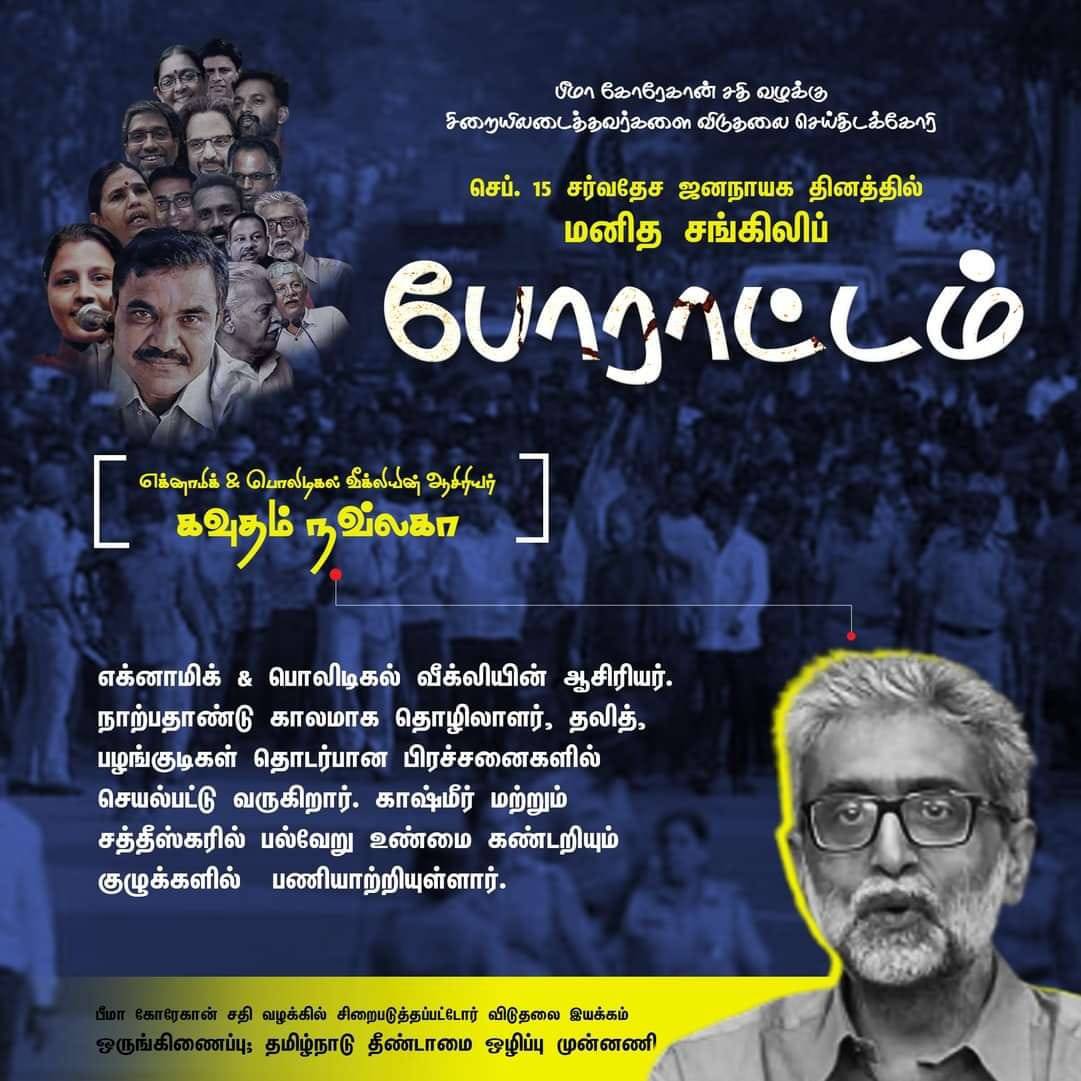 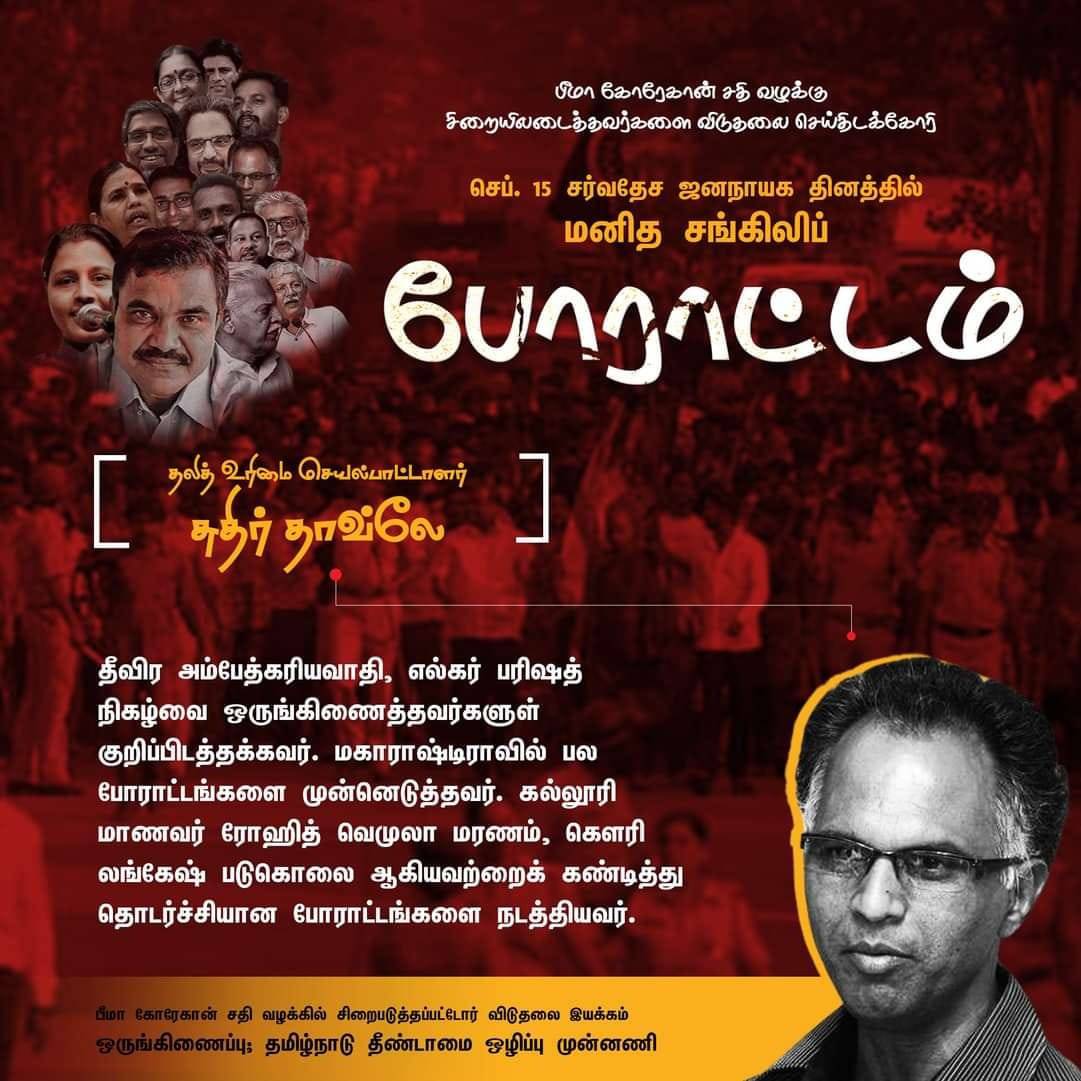 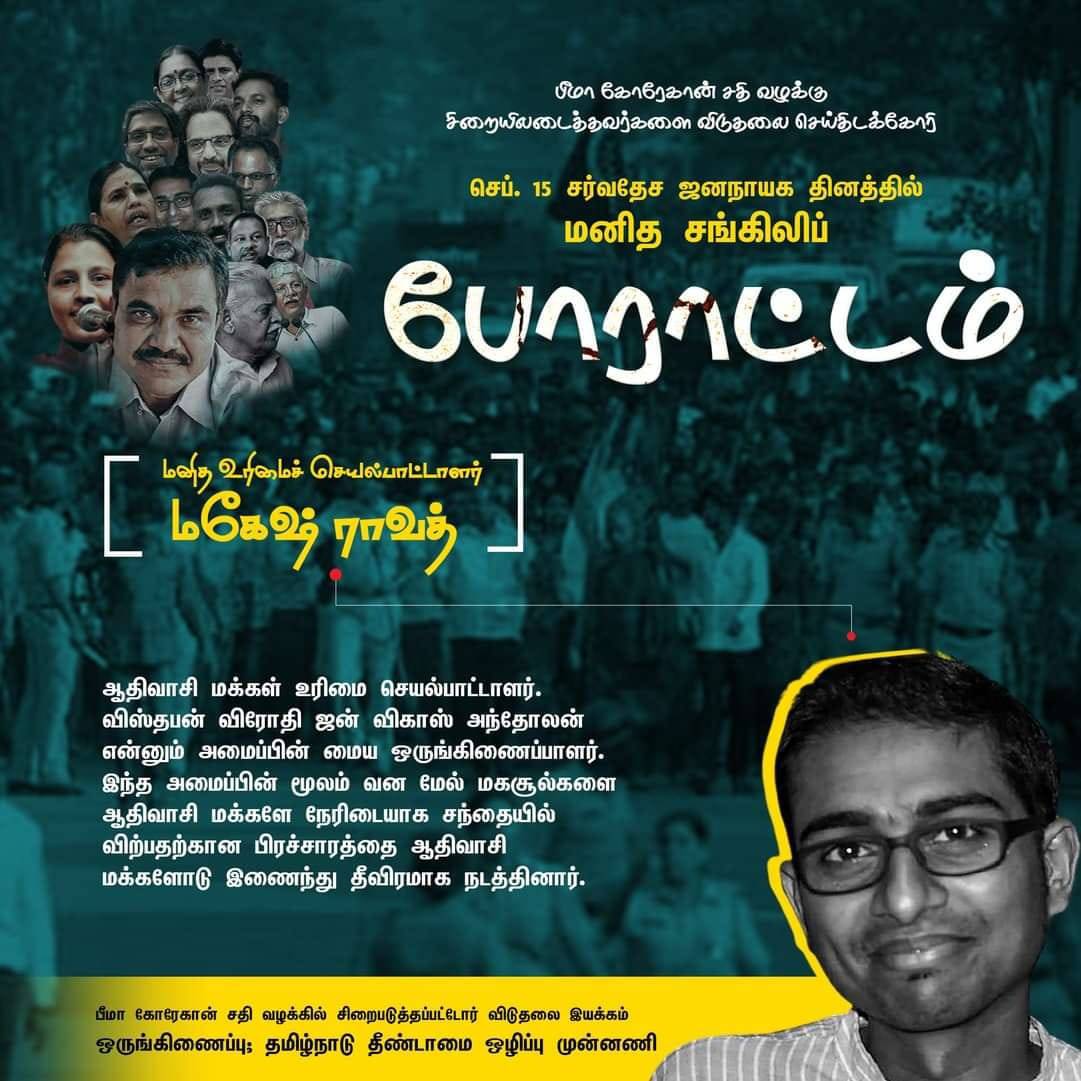 The cultural community responds to Stan Swamy’s custodial death – I